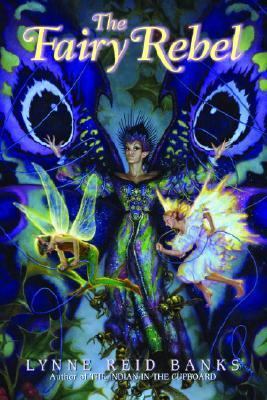 1 Earthed If you happen to go to school just outside London, you might find yourself sitting next to a girl called Bindi. If you do, perhaps you think she is perfectly ordinary. She has brown hair and hazel eyes and is a little bit plumpnot fat, mind you, just nicely chubby (though she gets teased a lot about it). She looks and dresses and talks the same as anyone else. But I am going to tell you why she's not really ordinary at all. The story starts quite a few years ago. To understand it, you have to know a little about her mother and father. Her father's name is Charlie, and he's a doctor. Not a surgeon, the kind who does operations, but a GPthe kind who comes to visit you when you're ill. Her mother, Jan, is an actressand not just any old actress. She would never tell you so, but she was once a star. That was when she was younger. She was small for her age, and very beautiful. She could sing, and dance. She played young girls' parts on the stage, in films and on television. Everyone said she had a wonderful future. But then something awful happened. One day she was acting in a television studio when a heavy lamp fell on her. She was in the hospital for a long, long time, and when she came outalthough she was still beautiful and still talentedshe couldn't walk properly. She had a bad limp. So she decided she couldn't really act anymore. She couldn't bear people to see her limp and feel sorry for her. One good thing came out of her accident, though. While she was getting better she met Charlie, and they fell in love and got married. They bought a small house with a lovely garden, which had fruit trees in it. Jan loved trees. She also loved sweet things to eat. She loved them too much in a way, because now that she couldn't get much exercise, she began to put on weight. Soon, instead of being slim, she was rather roly-poly. But she still had a lovely voice, and long dark hair, and beautiful eyes. When Charlie looked into her eyes, he could see a lot of hurt in them. He wished Jan would talk about this, but she never would. She could still act, and she acted being perfectly happy. She could walk quite well enough to look after the little house and do the cooking and mess about in the garden. Shopping was a problem at first. But Charlie had a talk to one of the local shopkeepers. After that, Jan would ring him up and tell him what she wanted, and later the same day, a boy on a bicyclewith a special metal basket in frontwould bring all her shopping to her in a cardboard box. No one ever told Jan where the bicycle had come from. Charlie had bought it. So things went on for a year or two. But then the hurt in Jan's eyes began to get worse. Charlie understood why. "Stop worrying," he told her. "The accident only damaged your leg. There's no reason on earth why we can't have a baby." But it seemed there was a reason, though nobody could discover what it was. Another year went by. Now Jan was beginning to cry in the nights when she thought Charlie was asleep. During the days her face was covered with little shadows. And Charlie had to coax her to sing for him, or even talk very much. So of course Charlie also grew sadder and sadder, and the little house and garden and even the fruit trees seemed to get sad and droopy. One day, Jan was sitting in the garden under a pear tree. There were sweet ripe pears above her head and all round her on the grass, but she hadn't the heart to eat one. She was just sitting there crying, all by herself. And that is where the story of Bindi really begins. Suddenly Jan felt something settle on her foot. She glanced down throughBanks, Lynne Reid is the author of 'Fairy Rebel' with ISBN 9780385730761 and ISBN 0385730764.