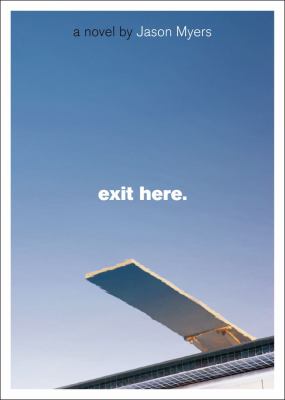 Chapter One "You look kinda weird, man." How's that? "You almost don't look like the same Travis," Chris tells me after picking up a small mirror with two lines of blow on it. I take the mirror from his hands. Set it down on the coffee table in front of me, right next to an issue ofVICEmagazine -- the drugs issue -- and even though I actually think I know what Chris meant by that, I still ask him: What's that supposed to mean, dude? Chris swings his bloodshot, pitch-black-circled eyes over to his roommate and childhood friend of mine, Kyle, then quickly back to me, and says, "You've totally lost your edge, man." He sniffs. Swipes his nose. "Your face looks all worn out and sunken in. You look out of shape. You're pale. Pale, Trav. You've been in the fucking desert for a year and you look pale, man. Unbelievable. I mean, I remember when you came back to the city during Christmas break and you came over here one time in the middle of the night in a fucking limousine, wearing a pair of shades with like three scarves hanging off your neck, a bottle of champagne in your hands, totally name-dropping a couple of the dudes from the Brian Jonestown Massacre that you and Laura were hanging out with after a show. And now look at you, man. You walked off the airplane an hour ago with your shoulders bunched up, looking all timid and shit while you were waiting for your luggage at the bag claim. And no sunglasses. It's June and you weren't wearing any sunglasses. Your swagger's gone. That's what I mean, man," he finishes, before dipping two of his fingers in a glass of water and sliding them up his nose real fast. "Come on, Chris," Kyle says. "Don't be a dick. You should be happy because our rad friend is back from Arizona. I am." Thanks, man, I say. Chris rolls his eyes. Jamming a blue straw that's been cut in half up my right nostril, I snort -- Once. Twice. Breathe. My eyes start watering. I go, Do you guys ever feel like you're locked inside a car that's moving really fast? "What kinda car?" Chris asks. Like a fucking red Monte Carlo with a black racing stripe cutting through the middle of it, and there's some superintense Fantomas shit jolting from the car speakers, like Mike Patton and Buzz Osbourne just completely losing it, but no steering wheel. The car doesn't have one. And the car is so out of control, right? It's swerving all over the road, and you're crying, pounding your fists against the window trying to jump out of it, trying to bail from it, and then all of these people start popping up on the road, like your parents and your sister and your friends, and the car is playing human dodgeball with them. It's trying not to run anyone over, but it's not slowing down, either, and then some junkie babe pops up in the middle of the road and the car destroys her, leaving her mangled body in its burnt rubber path, and then it keeps on going and going even though it can't maintain anything close to the same speed. Pause. You two ever feel anything like that? "I'm a fucking coke dealer," Kyle says. "All I do is run over junkies. Night after night, again and again." And Chris goes, "Nah. I never feel like that. But if I was in that car, instead of Fantomas blasting, I think I'd be listening to early Faith No More, the Chuck Mosley days. That shit would really blow your mind during a human dodgeball game." "You think you'd have a choice?" Kyle snorts. "The car he's talking about doesn't even have a steering wheel, so no way that you'd be able to pick out the music. No way, man." "I'm just saying," Chris snorts right back. "Early Faith No More would be the better choice to listen to in that particular situation. Don't you think, Trav?" Maybe. I lean forward. Wipe a thin line of coke residue off the mirror with my thumb and rub it back and forth agaiMyers, Jason is the author of 'Exit Here ', published 2007 under ISBN 9781416917489 and ISBN 1416917489.