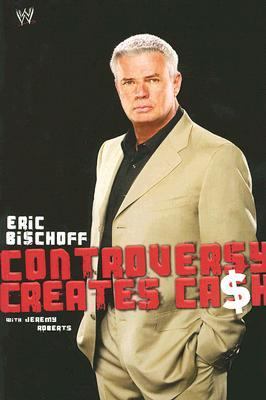 Prologue East Rutherford, N.J., July 15, 2002:I'm sitting in the back of a stretch limo in the parking lot of Continental Airlines Arena, waiting to make my appearance on a televised wrestling show. I've been on television hundreds of times before, on hundreds of wrestling shows, but tonight is going to be different -- very different. Tonight I'm appearing on the show I almost put out of business. And the person pulling open the car door to welcome me is the guy I almost forced into bankruptcy: Vince McMahon. Could anyone have predicted this day would come? Never! But that's the thing about wrestling. There's a saying in our business: Never say never. "How are you feeling?" Vince asks. "Great." "Nervous?" "Not at all. Excited." Vince looks at me for a second, like he's not quite sure he believes me. We go over what we're going to do onstage. This is only the second time in my life that I've met Vince McMahon face to face. The first was more than a decade before, when he said hello to me after a job interview in Stamford. I didn't get the job. I didn't deserve it. The history of pro wrestling might have been very different if I had. The funny thing is, I feel as if I really know Vince well. We're like two soldiers back from a war; we've been through the same battles, albeit on different sides. "Here's what I'd like you to do," Vince tells me. "When you hear me announce the new general manager ofRaw,and you hear your music start to play -- come out, acknowledge the crowd, shake my hand, and give me a big bear hug! And milk it for all it's worth...." He gets out of the car. Inside the arena, the crowd is hopping. They've been toldRawis getting a new general manager, one guaranteed to shake things up. There's an understatement for you. If you're a wrestling fan, you probably know thatRawis World Wrestling Entertainment's flagship Monday-night television show. You probably also know that Vince McMahon is the chairman of World Wrestling Entertainment, better known as WWE. What you may not know is that almost everything that makesRawdistinctive -- its two-hour live format, its backstage interview segments, above all its reality-based storylines -- was introduced first onMonday Night Nitro,the prime-time show I created for the TNT Network. For nearly three years, my company World Championship Wrestling, kicked Vince McMahon's ass.Nitro,WCW's flagship show, revolutionized wrestling. The media called our conflict the Monday Night Wars, but it was more like a rout.NitrobeatRawin the ratings eighty-something weeks running. Then Vince caught on to what we were doing, and the real battle began. Unfortunately for me, and the wrestling business in general, the fight wasn't really between WCW and WWE, which was called World Wrestling Federation at the time. In fact, the real battle was between WCW and the corporate suits who took over Turner Broadcasting with the merger of Time Warner and then AOL. That was a fight I was never capable of winning, though, being stubborn by nature, I didn't realize it until it was nearly over. Stephanie McMahon pops her head into the limo. Stephanie, Vince's daughter and one of the company's vice presidents, has come to take me in to the show. Ready'she asks. I'm ready. Nervous? Excited. She stares at me a second, probably convinced I'm lying. I'm sure she thinks I'm a train wreck. The auditorium is packed with people who hate my guts, or I should say hate my character's guts. Not too many people bother to distinguish between the character I play on television and who I really am. Worse, a lot of people think they know who I am because of what they've read on the Internet or in the "dirt sheets," the newsletters that cover the wrestling business for fans. Wrestling fan sites areBischoff, Eric is the author of 'Eric Bischoff Controversy Creates Cash', published 2007 under ISBN 9781416528548 and ISBN 1416528547.

6 from $0.54
Loading marketplace prices 6 copies from $0.54 How does the rental process work?
View more