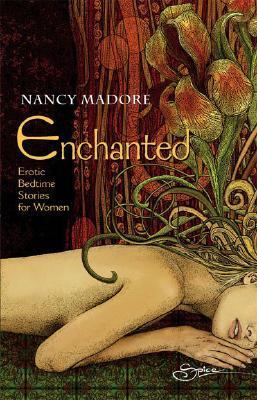 My name is Beauty. It is likely that you have heard of me. My story, or rather, the one they tell of me, has been told too many times to count. But that is not really my story at all. The particulars have been disregarded entirely. I would have thought that with all the telling of it someone would have, just once, stumbled upon the truth. And perhaps some of you did read between those illusory lines and suspect the truth, incredible and shocking as it is. Or maybe the truth is really too fantastic to believe. I admit there are times when I can hardly believe it myself, and it all seems like a faraway dream.In fact, some of what has been put down in the various accounts of my life is true, for, in order to save my poor father's life, I did consent to live with a fearsome creature that was more beast than man. It is also true that I fell in love with the Beast. As for what happened after that, the storybooks are quite accurate in their exposition for the Beast, immediately upon my avowal of love, was released from an evil curse and returned to his original form as a charming prince. We were married that very day.But that is where the similarities between the legends you have read and my own incredible narrative end. For I have not lived "happily ever after" since that day.You see, I miss my Beast.As I languish here within the lonely halls of this castle, my mind often drifts back to the very first day I spent here. It was with much trepidation that I left my bedchamber that day, very cautiously, to make my way through the vast corridors that twist and turn throughout this fortress. Despite much speculation over the matter (for I had slept not one wink the night before), I could not imagine why the Beast had requested my presence there. I spent the day alone, wandering in and out of rooms and exploring the unfamiliar surroundings, while trying to guess what was in store for me.This is not to say that I came to the great castle of the Beast against my will, for I was quite anxious to leave the poverty and boredom of my childhood behind me, and so when obligation awarded me this adventure, I was not entirely dissatisfied.I could not have said what a castle should look like, but it seemed to me that everything I saw was exactly as it should be. Very austere-looking ancestors silently gazed down at me from the lofty positions where their portraits hung superciliously upon the walls. Other walls displayed splendidly woven tapestries of French picnics, Italian vineyards and other exotic affairs. The furniture was intricately carved from the finest lumber, and the carpets were extravagantly thick and colorful. In short, everything was quite extraordinary in its elegance and splendor.I did not chance to meet the Beast while roaming the castle that day. He had, upon my arrival the previous evening, instructed a servant to take me directly to my bedchamber after I had bidden my father a quick farewell, and watched with strange detachment as he loaded two brimming trunks onto his coach. These were gifts from the Beast, who instructed that they be filled with treasures for my father to take away with him. It calmed and pleased me to imagine my family's delight when opening those trunks.I did not stir from my bedroom during the remainder of the night, sleepless though I was. I pondered the end of my old life during the long hours of that quiet night, and even into the next day as I drifted from room to room, examining everything at leisure, without seeing a single soul about the place.Supper was announced with the tinkling of a bell, and it was there that I once again encountered the Beast. Despite his gruesome appearance and gruff voice, I was pleasantly surprised to discover that he was, in fact, a gracious host, and we passed that first dinner with pleasant conversation and food and drink that delighted the palate.As soon as the meal was concluded, the Beast rose from the table, surveying me with his dark eyesMadore, Nancy is the author of 'Enchanted Erotic Bedtime Stories for Women', published 2006 under ISBN 9780373605095 and ISBN 0373605099.

8 from $0.51
Loading marketplace prices 8 copies from $0.51 How does the rental process work?
View more