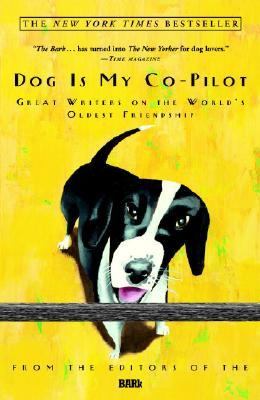 Crimes Against Dog Alice Walker For Wendy My dog, Marley, was named after the late music shaman, Bob Marley. I never saw or heard him while he was alive, but once I heard his music, everything about him-his voice, his trancelike, holy dancing on stage, his leonine dreadlocks-went straight to my heart. He modeled such devotion to the well-being of humanity that his caring inspired the world; I felt a more sincere individual had probably never lived. Considering his whole life a prayer, and his singing the purest offering, I wanted to say his name every day with admiration and love. Marley has grown up on his music; Bob, leaning on his guitar in a large poster on my living room wall, is regularly pointed out to her as her Spirit Dad. Marley was born December 19, 1995. She shares a birth sign, Sagittarius, with my mother and several friends and acquaintances. At times I feel surrounded by Sags and enjoy them very much; they are fun to be with, outspoken, passionate, and won't hesitate to try new things. They also like chicken. Marley has all these qualities, though I didn't know that the morning I drove out to the breeder to look at the litter of Labrador Retrievers I was told had arrived. Crossing the Golden Gate Bridge, a friend and I joked about whether I was in fact ready to settle down enough to have a dog. Who would feed it when I was distracted by work? Where would it stay while I was away on book tours? Had I lined up a reliable vet? I had no idea what would happen. I only knew this friend was about to go away on a journey of unknown length. I would be unbearably lonely for her. I needed a companion on whom to lavish my overflowing, if at times distractible, affection. I needed a dog. My first thoughts are always about enslavement on entering a place where animals are bred. Force. Captivity. I looked at the black and the chocolate Labs who were Marley's parents and felt sad for them. They looked healthy enough, but who knew whether, left to themselves, they would choose to have litter after litter of offspring? I wondered how painful it was to part with each litter. I spoke to both parents, let them sniff my hand. Take in the quality of my being. I asked permission to look at their young. The mother moved a little away from her brood, all crawling over her blindly feeling for a teat; the father actually looked rather proud. My friend joked about offering him a cigar. I was proud of myself, too, standing there preparing to choose. In the old days of up to several months before, if I were going to choose an animal from a litter I would have been drawn to the one that seemed the most bumbling, the most clueless, the most un-amused. I saw a couple like that. But on this day, that old switch was not thrown: I realized I was sick of my attraction to the confused. My eyes moved on. They all looked much alike, to tell the truth. From a chocolate mother and a black father there were twelve puppies, six chocolate, six black. I'll never get over this. Why were there none with spots? I asked the woman selling them, whom I tried not to have Slave Trader thoughts about. She shrugged. They never spot, she said. That's the nature of the purebred Lab. Well, I thought. Mother. Once again doing it just any old way you like. Mother is my favorite name for Nature, God, All-ness. I settled on a frisky black puppy who seemed to know where she was going-toward a plump middle teat!-and was small enough to fit into my hand. I sometimes wish I had chosen a chocolate puppy; in the Northern California summers the dust wouldn't show as much, but I think about this mostly when Marley rolls in the dirt in an effort to get cool. After seven weeks I returned alone to pick her up, bereft that my friend had already gone on the road. It didn't feel right to pay money for a living being; I would have been happier working out some sort of exchange. I paid, though, and put Marley in myBark Editors is the author of 'Dog Is My Co-pilot Great Writers On The World's Oldest Friendship', published 2004 under ISBN 9781400050536 and ISBN 1400050537.