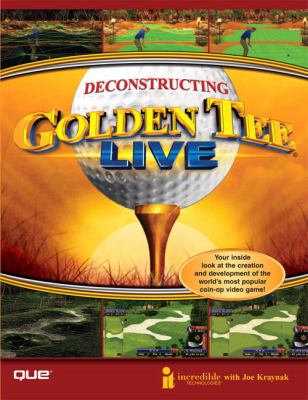 The item you're looking for is currently unavailable.

= 0) {slash = '\\';} else {slash = '/';}openLoc = figLoc.substring(0, figLoc.lastIndexOf(slash) + 1);while (pPage.substring(0,3) == '../') {openLoc = openLoc.substring(0, openLoc.lastIndexOf(slash, openLoc.length - 2)+ 1);pPage = pPage.substring(3, pPage.length + 1);}popUpWin =window.open('','popWin','resizable=1,scrollbars=1,location=0,toolbar=0,width=525,height=394');figDoc = popUpWin.document;zhtm= ' ' + pPage + ' ';zhtm += ' ';zhtm += ' ';zhtm += ' ';zhtm += '' + pPage.substring(pPage.lastIndexOf('/') + 1, pPage.length) + '';zhtm += ' ';figDoc.write(zhtm);figDoc.close();}// modified 3.1.99 RWE v4.1 --> Introduction Introduction It's a coin-op video game, a sporting event, and a pop culture icon all rolled into one. It hosts live tournaments in which players from around the world can compete against one another 24 hours a day, 7 days a week for fun or cash prizes. It drives its own mini-economy, generating revenue for its creators, operators, location owners, and players. It communicates over a secure wireless communications network, processes credit and debit card transactions, and automates accounting for its operators. It stores each player's statistics and makes them accessible via the Web. It even enables operators to adjust and troubleshoot the game and see how much money it's earning from a remote location. It is, by far, the most capable and successful coin-op video game ever made--Golden Tee LIVE! They created the best video game on the planet and made sure everybody knew it. Golden Tee's astounding success is no accident. Its first release was only a modest hit, but the game's creators believed in it and recognized that it had an untested, untapped potential. With each new version, they improved the graphics, crafted new courses, made the physics of the game feel more natural, and added features to appeal to both new players and the game's existing player base. They implemented a tournament system and added interactive video of celebrity announcers including Peter Jacobsen and Jim Nantz. They connected personally with their players and transformed competitions into media events. And they addressed the needs and concerns of their operators--the people who ultimately buy, deliver, and service the games. They created what they believe is the best video game on the planet and made sure that everybody knew it. Golden Tee, its players, and its operators took it from there. Golden Tee is now the top grossing coin-op video game in the world and is played in more than 10 countries. The game itself has achieved celebrity status, appearing onMTV True Life,Saturday Night Live,CBS Sunday Morning, an entertaiIncredible Technologies is the author of 'Deconstructing Golden Tee Live ', published 2005 under ISBN 9780789733535 and ISBN 0789733536.