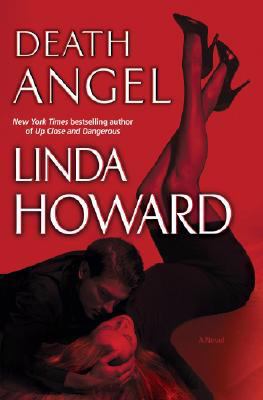 1 New York City "You did an excellent job," Rafael Salinas purred to the assassin, who stood on the other side of the room, near the door. Either the man didn't like getting too close to other human beings, or he didn't trust Salinas and was giving himself an avenue of escape if the meeting turned sourin which case he was smart. People who were wary of Salinas tended to live longer than those who trusted him. Drea Rousseau, curled close to Salinas's side, didn't care what the assassin's reasoning was, so long as it kept him at a distance. He gave her the creeps, the way he never seemed to blink. She had seen him once before, and at that meeting he'd made it obvious he disliked her presence. He'd leveled his flat, unblinking gaze on her for so long that she'd begun wondering if he made it a practice to eliminate people who could identify himother than the people who paid him, of course, and maybe even them after the money was safely in his hand, or his account, or however assassins collected their fees. She had no idea what his name was, didn't want to know, because while truth was supposed to set you free, in this case she thought it might possibly be deadly. She thought of him as Rafael's assassin, but in fact he wasn't one of Rafael's regular crew; he was a free agent, hired by whoever could afford him. At least twice now, that she knew of, Rafael had met the price. To keep from looking at him and maybe finding that unnerving stare locked on her again, she unhappily examined the magenta polish on her toenails. She had put it on just that morning, thinking it would look interesting against the creamy white of the silk lounge outfit she was currently wearing, but the purple undertones were too garish. She should have gone with a shell pink, something delicate and almost transparent to compliment the outfit instead of contrasting with it. Well, live and learn. When the assassin didn't reply, didn't rush to assure Rafael that he was honored to work for him the way others had, Rafael's fingers drummed impatiently on his thigh. It was a nervous habit he had when he wasn't comfortable, a telling little gesture, at least as far as Drea was concerned. She'd intensely studied his every mood, his every habit. He wasn't exactly afraid, but he, too, was being wary, which meant there were two smart men in the room. "I'd like to offer you a bonus," Rafael said. "An extra hundred thousand. How does that sound?" Drea didn't look up, though she quickly processed the offer and what it meant. She went to a lot of trouble to never show any interest in Rafael's business dealings, and when he'd occasionally asked her some very casual but leading questions she'd pretended she didn't understand what he was getting at. As a result, Rafael wasn't as careful around her as he might otherwise have been. As far as he was concerned, she had no interest in anything that didn't directly affect her, and in a way that was true, just not in the way Rafael thought. He assumed she didn't care who the assassin had killed for him, that she cared only about what she was wearing, how her hair looked, about making Rafael look good by being as sexy and glamorous as she could make herself. She was definitely interested in that last part; making Rafael look good in the eyes of others always put him in an expansive mood, a generous mood. Drea studied the platinum and diamond anklet that circled her right ankle, enjoying the way the dangling diamond glittered in the sunlight, the way the platinum glowed against her tanned skin. The anklet had been one of Rafael's gifHoward, Linda is the author of 'Death Angel' with ISBN 9780345486547 and ISBN 0345486544.