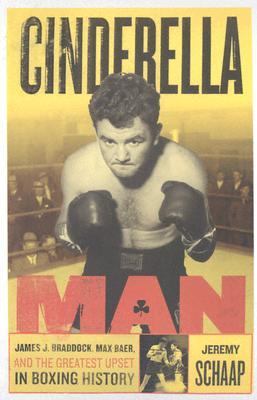 1 CORN AND HASH Queens, New York: June 14, 1934 On the night of June 14, 1934, James J. Braddock walked into the Madison Square Garden Bowl, an enormous outdoor arena in Queens, New York. His pockets were empty. A week earlier he had turned twenty-nine. He was a father of three, a washed-up fighter, and a part-time longshoreman. As feared as his right hand had once been - he was among the most powerful punchers in the light heavyweight division in the late 1920s - he was equally adept at taking a punch. In eighty pro fights, only one opponent had ever knocked him out, and that was a technical knockout. He had never been counted out. Beyond the ring, his toughest opponent had clearly been the Depression - which nearly knocked him out. But here he was, getting back into the fight game after nine months of inactivity. By 1934, Braddock had outgrown the light heavyweight division's 175-pound weight limit and was fighting as a heavyweight, at about 180 pounds. He was six feet, two inches tall, with a head of thick, curly black hair. Ruggedly handsome, he looked every bit as Irish as his name, and he wore a shamrock on his trunks and was sometimes known as Irish Jim Braddock. He didn't talk much, but when he did the words were delivered from the side of his mouth in a thick, blue-collar Jersey accent. His smile was always described as crooked. His parents, Joseph and Elizabeth O'Toole Braddock, had been born in England and immigrated to the United States in 1889, but they were both much more Irish than English or American, though there is no evidence that either ever set foot on Irish soil. They were raised in impoverished Irish enclaves in and around Manchester, where the Braddocks and the O'Tooles clung to their Irishness - mostly because the English never let them forget where they came from. Forty-five years after Joseph Braddock escaped from the poverty and prejudices of northern England and made his way to America, his son James was struggling to clothe and feed his burgeoning family. He owed money to his landlord, the milkman, the gas and electric company, and his manager, to name just a few of his creditors. In the bitter winter of 1933 1934, he had trudged through the streets of North Bergen, New Jersey, in shoes that were falling apart. Most of the time he was hungry. Braddock's decline as a boxer exactly paralleled the nation's descent into the Depression. After fighting for the light heavyweight championship in the summer of 1929, Braddock met defeat after defeat, first in big arenas, at the hands of top competitors, and then, gradually, at the hands of boxers only a couple of notches above club fighters - tomato cans and ham 'n'eggers, the dregs of the heavyweight division. He had lost sixteen out of twenty-six fights since the day the market crashed in 1929. Finally, on September 25, 1933, he broke his right hand, his only real weapon, on the jaw of a twenty-year-old heavyweight named Abe Feldman. The hand had been broken twice before, and Braddock thought it was unlikely that it would ever heal properly. If he somehow managed to scrape up enough cash to find a doctor who knew how to set the fracture, it would still take months to mend. By that time, he knew, he would be older and even slower than he already was, which was quite slow. Braddock announced his retirement - but virtually no one noticed. Braddock was often called plodding. "Slow of foot" doesn't begin to describe the inadequacy of his speed and footwork. He could punch, he could take a punch, he could even box a little, but James J. Braddock couldn't move. Nor could he inflict much damage with his left hand. ISchaap, Jeremy is the author of 'Cinderella Man James J. Braddock, Max Baer, And The Greatest Upset In Boxing History', published 2005 under ISBN 9780618551170 and ISBN 0618551174.