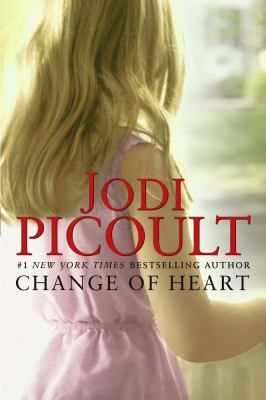 INTRODUCTION In her fifteen novels, Jodi Picoult delves deep into the most troubling contemporary social issues, writing fiction that theNew York Daily Newscalls "intelligent, often moving, and always ripe for book club discussion." InChange of Heart,she examines a convicted killer on death row, Shay Bourne, who has taken the lives of Officer Kurt Nealon and his young stepdaughter, Elizabeth. When Shay discovers that his victim's living daughter, Claire, is desperately in need of a heart transplant, he sees his only chance for salvation. Standing in his way, however, is the law and a mother filled with anger and revenge. On his side are some unexpected allies -- a Catholic priest who had a hand in Shay's sentencing; an ambitious attorney who, despite her deep convictions against capital punishment is determined to see Shay die on his own terms; and a community who sees something in Shay that gives them hope. Picoult expertly intersects matters of the state and matters of the spirit to probe questions about the meaning of salvation and who has the power to determine the fate of the soul. GROUP DISCUSSION 1. The author uses several famous quotations from some of the greatest thinkers in history, including Lewis Carroll, Voltaire, Woody Allen, Mother Teresa, Mark Twain, the Dalai Lama, Bono, Friedrich Nietzsche, and Albert Einstein. What effect do these philosophical tidbits have on the telling of this story? Which one resonated most with you? 2. Discuss the theme of belief in this novel. What does Shay believe, and who believes in him? Apply this same question to Maggie, Michael, and June. Did this story call any of their beliefs into question? Which ones? 3. When Shay is moved to the I-tier, some very strange things start happening -- water turns to wine, Calloway's pet robin is brought back to life, a tiny piece of gum becomes enough for all to share. Some call these miracles while others call them hijinks. What do you make of these incidents? Were you convinced that Shay had divine powers, and if so, at what point did you make that conclusion? 4. Michael tells Maggie that "there's a big difference between mercy and salvation" (142). What is that difference? Which characters are pursuing mercy and which are pursuing salvation? Which, do you think, is granted in the end for each of the main characters? 5. Having lost a daughter and two husbands, June's life is fraught with grief. How do you see that grief shaping her character and informing the choices that she makes? Do you think she makes choices in order to reconcile the past or in hopes of a better future? 6. How do the three religions referenced in this book (Judaism, Christianity, Gnosticism) imagine the presence or reappearance of the divine? Compare Michael's vision on p. 71 with Rabbi Bloom's explanation of the Jewish Midrash on p. 96 and Shay's depiction of heaven on p.106. 7. Consider the passage on p.165 where Maggie thinks "the penitentiary [Shay] was referring to was his own body." In what ways are some of the other characters in this book (Claire, Maggie, Lucius) imprisoned by their bodies? 8. Discuss June's questions on p. 184: "Would you give up your vengeance against someone you hate if it meant saving someone you love? Would you want your dreams to come true if it meant granting your enemy's dying wish?" How do the characters answer this question? 9. June thinks that if Claire accepted a heart transplant from Shay Bourne and had to absorb the emotional pain of her father's and sister's murders, it would be "better to have no heart at all" (238). This statement eerily echoes Shay's own statement to June that her first daughter, Elizabeth, "was better off dead." How do you feel about the adults in this novel making such grave choices over the life of a child? Do you feel like they are being protective or presumptuous? 10. Why do you think Shay never puts up a real fight for his innocence? Do you believe he isPicoult, Jodi is the author of 'Change of Heart', published 2008 under ISBN 9780743496742 and ISBN 0743496744.