Challenge for the Actor 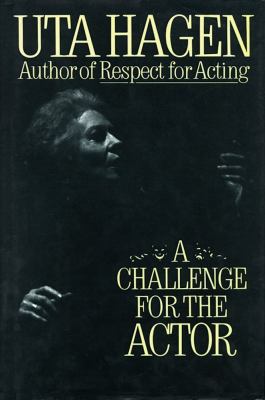 Chapter 1 The Actor's WorldSince the time of the ancient Greeks a democracy has depended on its philosophers and creative artists. It can only flourish by continuous probing, prodding, and questioning of the social conditions under which man exists and tries to better himself. One of the first moves of a dictatorship is to stifle the artists and thinkers who have the ability to stir up dissent from any prescribed dogma which might enslave them. Because the artist can arouse the curiosity and conscience of his community, he becomes a threat to those who have taken power. We have countless examples in recent history: Hitler's ban, not only of the contemporary artists who challenged his regime, but even of some of the works of German classicists like Schiller and Goethe who defended freedom of thought and condemned anti-Semitism. He forbade performances of Beethoven's operaFideliobecause it espoused the cause of those imprisoned for their political beliefs. Contemporary artists who have dissented from dictatorships, from racism in South Africa, from military oppression in Latin America, and from our own bout with McCarthyism are legion. They have set an example as to the power of art.As actors we must not consider ourselves immune from the need to learn about our world, our country, and our immediate community. We must arrive at the formation of a point of view. The aftermath of the "me generation" is producing many young people with reawakened concerns about their society; but it is often accompanied by a sense of futility in the belief that individual action won't make any difference. I know that if I cast my one vote I can be sure that thousands of others are doing the same, that if I give only one dollar for famine relief, environmental protection, or civil liberties, thousands of others are giving, too. I also know that if I give or do nothing, many, many others will be as remiss.Once we begin to learn about some of the world's problems and come to an understanding of our country's relationship to them, we can tackle the problems of our immediate surroundings. "My country, right or wrong!" is often taken out of context and used in anunpatriotic, even dangerous sense. In any country, as in the individual, there is always room for improvement. The struggle to make changes for the better, to be of service in this quest, is the obligation of responsible citizenship. It is true that a by-product of being a performer is to jump on the bandwagon of a good cause. We have an intuitive compassion for our fellow man so we give freely of our time and talent to aid the hungry, the ill, and the homeless, and to protest against nuclear proliferation, unjust wars, and oppression,once these things have been brought to our attention.However, an educated grasp of false national values and the exploitative practices in our own society is glaringly lacking. We are lax in making changes in existing conditions, even within our own profession. To plead ignorance or to play the ostrich, to assume that individual actions don't count, can only result in further enslavement.By going back to the origins of theatre art, in briefly tracing the history of its development, I want you to discover how and why it reached high peaks and why it so often sank into a shambles, why in America it has been dubbed "The Fabulous Invalid," and why it should be viewed as an invalid at all, fabulous or otherwise.The ancient theatre of the Greeks, with its enormous arenas providing intellectual enlightenment as well as an emotional catharsis for the populace, spread to the Romans, where, under dictatorship and in its increasing attempts merely to entertain, it gradually declined into a state of soulless spectacle. It died out and the arenas fell into ruin. (How many such spectacles fill our arenas today -- sometimes on roller skates? How many of our theatres have been allowed to fall to ruin or demolitHagen, Uta is the author of 'Challenge for the Actor', published 1991 under ISBN 9780684190402 and ISBN 0684190400.