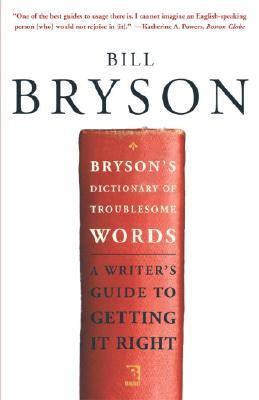 A a, an. Errors involving the indefinite articles a and an are almost certainly more often a consequence of haste and carelessness than of ignorance. They are especially common when numbers are involved, as here: "Cox will contribute 10 percent of the equity needed to build a $80 million cable system" (Washington Post). Make it an. Occasionally the writer and editor together fail to note how an abbreviation is pronounced: "He was assisted initially by two officers from the sheriff's department and a FBI agent drafted in from the bureau's Cleveland office" (Chicago Tribune). When the first letter of an abbreviation is pronounced as a vowel, as in FBI, the preceding article should be an, not a. abbreviations, contractions, acronyms. Abbreviation is the general term used to describe any shortened word. Contractions and acronyms are types of abbreviation. A contraction is a word that has been squeezed in the middle, so to speak, but has retained one or more of its opening and closing letters, as with Mr. for Mister and can't for cannot. An acronym is a word formed from the initial letter or letters of a group of words, as with radar for radio detecting and ranging, and NATO for North Atlantic Treaty Organization. Abbreviations that are not pronounced as words (IBM, ABC, NFL) are not acronyms; they are just abbreviations. Whether to write NATO or Nato is normally a matter of preference or house style. American publications tend to capitalize all the letters of abbreviations, even when they are pronounced as words. In Britain, generally the convention is to capitalize only the initial letter when the abbreviation is pronounced as a word and is reasonably well known. Thus most British publications would write Aids and Nato (but probably not Seato). For abbreviations of all types, try to avoid an appearance of clutter and intrusiveness. Rather than make repeated reference to "the IGLCO" or "NOOSCAM," it is nearly always better to refer to the abbreviated party as "the committee," "the institute," or whatever other word is appropriate. Finally, for the benefit of travelers who may have wondered why the British so often dispense with periods on the ends of abbreviations (writing Mr, Dr, and St where Americans would write Mr., Dr., and St.), it's helpful to know that the convention in Britain is to include a period when the abbreviation stops in the midst of a word (as with Capt. and Prof., for instance) but to leave off the period when the last letter of the abbreviation is the last letter of the full word--that is, when it is a contraction. accessible. Not -able. accommodate. One of the most misspelled of all words. Note -mm-. accompanist. Not -iest. acidulous, assiduous. Acidulous means tart or acid. Assiduous means diligent. acolyte. Not -ite. acoustics. As a science, the word is singular ("Acoustics was his line of work"). As a collection of properties, it is plural ("The acoustics in the auditorium were not good"). acronyms. See abbreviations, contractions, acronyms. activity. Often a sign of prolixity, as here: "The warnings followed a week of earthquake activity throughout the region" (Independent). Just make it "a week of earthquakes." acute, chronic. These two are sometimes confused, which is a little odd, as their meanings are sharply opposed. Chronic pertains to lingering conditions, ones that are not easily overcome. Acute refers to those that come to a sudden crisis and require immediate attention. People in the Third World may suffer from a chronic shortage of food. In a bad year, their plight may become acute. a.d. anno Domini (Lat.), "in the year of the Lord." a.d. should be written before the year (a.d. 25) but after the century (fourth century a.d.) and is usually set in small caps. See alsoBryson, Bill is the author of 'Bryson's Dictionary of Troublesome Words' with ISBN 9780767910439 and ISBN 0767910435.