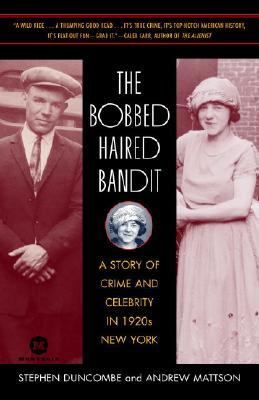 1 Woman with gun holds up six menBrooklyn Eagle It was a bitterly cold evening in January, the ?fth day of the New Year. It was the ?rst Saturday night of 1924. Ed Cooney left his wife, Celia, sitting at the kitchen table while he went to borrow a car just a couple of blocks away on Atlantic Avenue. They had big plans for the evening. The young couple lived in a furnished room at 53 Madison Street in the Bedford section of Brooklyn. It was a mostly white, working-class neighborhood full of ?rst-, second-, and third-generation immigrants from Ireland, Italy, Germany, and England, sandwiched between what is now called Bedford-Stuyvesant and Prospect Heights. The couple had only moved to Madison Street three months before, but neither of them was new to the neighborhood. Now twenty years old, Celia had lived in the area since she was eighteen. And Ed, except for a stint in the Navy, had spent all of his twenty-?ve years in Bedford. Down the street from their little room was the Church of the Nativity of Our Blessed Lord, the Catholic church where they were married the previous spring. A few blocks south and west, over on Fulton Street, was the motion picture and vaudeville theater where the two had met the year before. Celia remembered that meeting vividly. It was a Saturday evening and she was lonely. "I thought I'd blow thirty cents," she later wrote, taking in a show and hoping to run into some friends. So she walked down to the Fulton Theatre and settled in for the night's entertainment. When the lights went up she spotted her friend Joe, a nice enough guy whom she had gone out dancing with a time or two before. But it was the man next to him that really drew her eye. He was a tall, blond, blue-eyed man who looked a little like the famous boxer Jack Dempsey. Celia herself was small and dark, with black hair and black eyes, barely over ?ve feet tall. "They say people fall in love with their opposites and I expect it's true." Celia was smitten. She was also savvy enough to play hard to get. She walked over to Joe. "Oh, hello Joe, you here alone?" "No, shake hands with my friend, Mr. Cooney." Ed smiled as he put out his hand. "He's Irish," Celia recalled, "you know, real Irish and he's got a wonderful smile." She looked over his sharp coat with the belt in back, his brightly striped silk shirt and "nifty cap," and thought that he "carried himself swell." The three of them went out to a local chop suey place where they could eat and dance. Celia made sure to dance mostly with Joe; she didn't want to overplay her hand, and Ed didn't dance much anyway. But he did offer to walk her home. It was a pretty night. On her doorstep Celia turned to him and said, "Well, goodnight Mr. Cooney." "You haven't said when I was going to see you again," Ed replied. "Just like that, as if it was all made up that I would see him again," Celia remembered. Celia and Ed "kept company" for several months, then Ed bought Celia an engagement ring with a solitary red stone. By May they were married and living together in a furnished room. Celia held a job nearby at the Ostrander Company, earning twelve dollars a week, and Ed took home thirty dollars each week working in a garage. As Celia later recalled: I had never been so happy in my life. But we weren't saving a cent. Ed kept insisting on my buying myself some nice clothes. He took a lot of pride in my looks and the clothes he wanted me to wear cost money. . . . It seemed so wonderful to me to be loved and worried about. So we spent our money that summer almosDuncombe, Stephen is the author of 'Bobbed Haired Bandit A Story of Crime And Celebrity in 1920s New York', published 2007 under ISBN 9780812977356 and ISBN 0812977351.

3 from $2.83
Loading marketplace prices 3 copies from $2.83 How does the rental process work?
View more