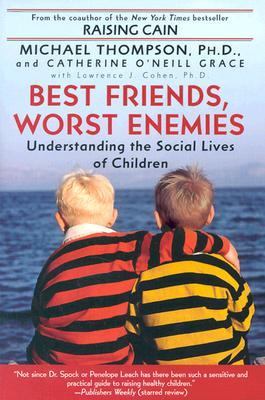 An Invitation to a Birthday Party My daughter's twelfth-birthday party was a nightmare, a social train wreck. It was, of course, a sleepover. I still have the photos of the group at breakfast, seated around the dining room table: sluggish, cranky, ready to go home. And I was ready for them to go. There had been moments during the party the night before when I wanted to send them all packing instantly. "Get out," I wanted to shout. "You're all mean! You're all horrible." My daughter, Joanna, now sixteen, has long since forgotten that party. It's ancient history to her; she has moved on with her life. When I reminded her recently of the events of that night, she gave a shrug of acknowledgment and went back to what she was doing. I can't forget it that easily. Let me set the scenetime, place, and charactersfor the drama. Joanna's birthday is in late June. That's a good month for birthdays, close enough to the end of the school year so that most of the kids you might want to invite are still around town. At the same time, late-June birthdays don't conflict with the inevitable round of end-of-school events. Best of all, the weather is usually good, which means we can hold a swimming party in our backyard, which borders a lake. When Joanna was nine or ten years old all we needed to throw a successful birthday party were some water balloons, a dock for kids to jump off, and of course cake and ice cream. But parties for twelve-year-olds are a lot more complicated than swimming and cake. My wife, Theresa, and I had a sense of foreboding about the party when we saw Joanna's guest list. That year our daughter was leaving her public school to go to a private school that offered extensive support for her reading difficulties. Her departure made it inevitable that she was going to lose some friends. Her final social gesture as she left her public school was to invite the entire cool group from her class to her birthday party. One girl who came to the party was Maria. Maria, like Joanna, was a little different from the mainstream of the class. Her mother was Irish Catholic, her father Korean. They represented an unusual diversity in the town. Maria wasn't absolutely at the center of the cool group either, but she was eager to be, and we had sensed in the past that Maria felt competitive with Joanna. Therein lies the tale of the birthday party. Twelve girls arrived over about a forty-minute span: Maria and ten other schoolmates, joined by Joanna's lifelong friend, Erin-Claire. Erin-Claire is the daughter of dear friends. She has never gone to school with Joanna, but they have known each other since infancy and share a great loyalty. It would be unthinkable for Joanna to have a birthday party without Erin-Claire, and vice versa. E.C., as she is known, occupies a special category in Joanna's life, that of absolutely trustworthy friend. Almost as soon as the girls arrived, the political machinations started. There was the usual discomfort and stiffness that afflicts most partieschild and adultat the start. But there was more than just ice-breaking discomfort here. An invisible divider was up. The wall crystallized when the girls were shown two adjoining rooms, Joanna's bedroom and the guest room. Maria immediately began to designate which girls should sleep in which room. Naturally, she picked the four coolest girls and said that they would be with her in the guest room. The girls obediently dropped their sleeping bags and backpacks where Maria told them to. While Maria was upstairs orchestrating the sleeping arrangements, Joanna was downstairs trying to organize some games. The party was slowly beginning to warm up. Girls were swimming, jumping off the dock, and talking. TThompson, Michael is the author of 'Best Friends, Worst Enemies Understanding the Social Lives of Children', published 2002 under ISBN 9780345442895 and ISBN 034544289X.