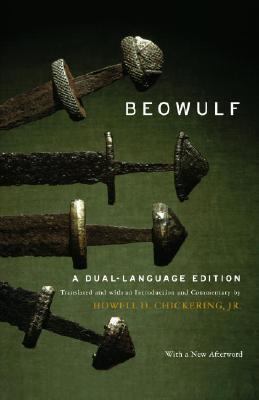 I am very gratified that over the years this book has found a wide and varied audience, from high school students to Ph.D. candidates as well as the general reader interested in poetry. I believe that its longevity is due to my putting the original Old English poem on display in a fairly comprehensible fashion, even though there are places where I would now refine my facing translation or expand the commentary. Increasingly in the last decade colleagues who regularly use this book have asked me if I would ever consider updating it. I have brooded over what an "update" could possibly mean for a book that is already selective and is aimed at making Beowulf available as poetry to those who have not studied Old English before. Certainly it cannot mean a full account, nor even a cursory survey, of the many developments in the study of the poem over the last quarter century. At the same time, some of those developments do bear upon the literary interpretation of the poem. Moreover, new research tools have come into being, the ongoing Dictionary of Old English (DOE) chief among them, that give us a more accurate understanding of words and concepts in Old English. Recent editions and reexaminations of the MS. have led me to change my mind about the best way to render particular lines. In addition, a number of difficult passages remain in dispute. The first section below is a digest of what I regard as the most important work on topics that affect my interpretation and translation of the poem. This section is highly selective and has no pretensions to complete coverage. All the different areas of Beowulf study, past and present, are already thoroughly discussed in the now indispensable A Beowulf Handbook, eds. Bjork and Niles (to 1994), and Andy Orchard's A Critical Companion to "Beowulf" (to 2002), both of which contain exhaustive bibliographies. For an annotated bibliography from 1979 to 1990, see Hasenfratz, Beowulf Scholarship. For reviews of research published since 2002, see the Beowulf section of "The Year's Work in Old English Studies" appearing annually in the Old English Newsletter (OEN). In the second section below I briefly discuss the choices that editors must make in punctuating and emending the sole surviving MS. of the poem, and then list the specific points in the original text where I would now choose a different reading or where I regard the meaning as still uncertain. All new references in this Afterword, cited here by author or short title, are listed in full in Section IV of the Bibliography. The DOE and OEN appear under Healey and Liuzza, respectively. I. Scholars still "do not know by whom, how, when, or where Beowulf was composed" (p. 247 above), but the range of suggested possibilities has expanded, and scholarship on the subject has flourished mightily. The articles in the 1981 Colin Chase volume (p. 410 below) made many scholars consider the possibility of dating the poem to the Danish invasions of the ninth and tenth centuries. On paleographical grounds, in that volume and his own book of the same year, Kevin Kiernan even advanced a theory that the composition of the poem is as late as the production of the MS. itself (ca. A.D. 1020, in his view). For objections to Kiernan's theory, see R. D. Fulk in PQ for 1982, among others. On different paleographical grounds, Michael Lapidge recently posited an archetype of the surviving MS. dated to no later than A.D. 750 (see ASE 29), while Fulk's analysis of the poem's meter and phonology suggested initial composition by no later than 725 if originally Mercian, or 825 if originally Northumbrian (see his History, 420). On the other hand, the earlier groundbreaking work of Ashley Crandall Amos convinced many of us that thereChickering, Howell D., Jr. is the author of 'Beowulf A Dual-Language Edition', published 2006 under ISBN 9781400096220 and ISBN 1400096227.