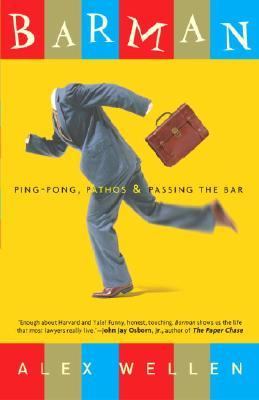 CHAPTER 1 I WAS GETTING a little panicked. Hundreds of unsolicited resumes and cover letters, two dozen on-campus interviews, seven callbacks, and I had nothing, nada, zilch. The callback interview with O'Connell & Price was starting to feel like my last hope. O'Connell & Price, based in Philadelphia, was your basic white-shoe large general-practice law firm. Most of the associates graduated from top law schools, the firm's clients were gigantic corporations and wealthy investors, and the firm handled sexy, complex legal work. O'Connell & Price was exactly what I wanted in a summer internship. The callback interview was nothing special. Like most, it lasted four-plus hours and included five interviews, with everyone from the recruiter to a senior partner, plus lunch. Dennis Braise, a senior associate with the firm, was my fifth and final interview. He was in his early thirties. Like the rest of the attorneys I met that morning, he dressed and looked rich. He wore an expensive dark suit and was perfectly manicured. During our interview, Braise reminded me of the Cheshire cat from Alice's Adventures in Wonderland. At first I found his demeanor a nice change of pace, but by the third or fourth question, I wanted to smack that exaggerated grin right off his face. To be fair, by the time I met him, I was all talked out. After having given the same answers to the same questions four times, I couldn't possibly have come off as genuine. But for whatever reason, he liked me. "I'm not supposed to tell you this," he confided as he walked me through the reception area, which looked more like a museum with its fine art and white marble floors, "but I gave you a five-point-oh. That's a perfect score. The firm doesn't even want us to give those." "That's great. I appreciate that," I said. Then he began whispering: "We're meeting later this afternoon to discuss everyone who has interviewed with us this week. If I learn anything else, I'll give you a call." I thanked him for the umpteenth time and stepped into the elevator feeling as good as you can about the process. Three hours later, Dennis Braise called personally to inform me that an official summer-associate offer would arrive in a few days. I'd landed myself a superb summer job following my second year of law school. Praise the Lord. "Meanwhile, here's to an expensive dinner on O'Connell and Price, Alex. We'd like to take you out and talk to you about the firm. How about steaks and cigars this Thursday evening at Morton's? Wear a jacket. I'll meet you at the bar." I hung up with Dennis and scribbled down, "Thurs., eight p.m., Morton's, jacket," and, staring down at the suit that I was still wearing from the interview, I wrote and underlined, "No blue suit, no red tie." Finally, I had an offer. I'd underestimated just how competitive these internships were. Part of the allure was that they paid remarkably well--summer associates were paid at a first-year associate's rate. The money I stood to make in one summer could subsidize an entire semester of tuition. I was relieved. I was thrilled. I was important. I mattered. That evening I arrived fifteen minutes early. Dennis was already at the bar crouched over a drink. "Mr. Wellen. Good to see you. He'll have a Finlandia vodka gimlet with a twist," he said to the bartender, then to me, "Let's have these, and then we can sit down at the table and feast. Have you ever had a gimlet?" I hadn't. I thanked him for the invitation. "So, are we waiting for anyone else for dinner?" "Maybe one other guy in Litigation. I invited him earlier this afternoon. I tried to grab a couple of other associates on my way out of the office, but no one was around. I guess that's a good thing. You see . . . eight o'clock on a Thursday night, and everyone's alreadyWellen, Alex is the author of 'Barman Ping-Pong, Pathos, and Passing the Bar', published 2004 under ISBN 9781400048922 and ISBN 1400048923.