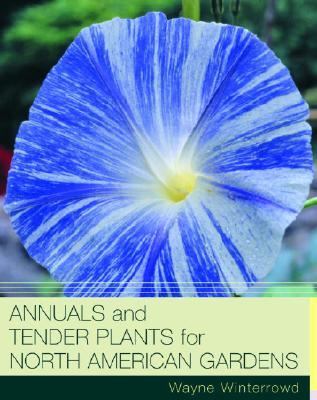 Abelmoschus species Family: Malvaceae or hibiscus family. Classification: Tender annuals or tender perennials grown as tender annuals. Common Names: Abelmoschus. Hardiness: Resents temperatures much below 40F. Extremely frost sensitive. Growing Conditions: Very rich, humusy, well-drained soil. Full sun. Propagation: By seed, sown indoors in peat pots 8 to 12 weeks before last frost. Plants resent root disturbance. Height: From 18a to 7, depending on species. Ornamental Value: Grown for flower. Level of Cultural Difficulty: Easy. Special Properties: A. esculentus valued for edible pods. Pronunciation: a-bel-MOS-kus For gardeners who assume that all botanical language is drawn from Latin or Greek, the name of the genus Abelmoschus provides an interesting lesson, for it is derived from the Arabic abu-l-mosk, which translates as "parent of musk," attesting to the ancient use of the seeds of some species in perfume. Several species of Abelmoschus are grown in gardens, but none for fragrance in any of their parts. When crushed, they simply smell green, and when dried and crumbled, they merely smell dusty. Still, they are valuable ornamental plants, particularly for gardens that experience long, hot, humid summers, conditions that remind them of their African origins and cause them to flourish and bloom wonderfully well. To most gardeners, the most familiar species in the genus is probably A. esculentus (es-cue-LEN-tus). Called "okra" after its ancient African name and brought by slaves into colonial America, it quickly became almost a staple food in the American South, where its edible pods are stewed with tomatoes, dipped in cornmeal and fried, or best of all, added to thick, savory gumbos. For all its tastiness (the species name esculentus is Latin for savory), it is in itself a quite pretty plant. Though dwarves have been bred, the species naturally produces tall shrublike plants to as much as seven feet, their branches studded here and there with three-inch, lemon-yellow, five-petaled flowers stained with deep purple at their centers. Among species of Abelmoschus, only okra is grown for food, though another closely related species, A. manihot (MAN-uh-hot), is a splendid garden subject. It improves on the ornamental qualities of its kitchen cousin by offering a plant that is elegant in all its parts. In the hot weather of high summer, A. manihot quickly forms a six- to eight-foot-tall, loosely branched plant, shrublike though open in growth, with beautifully crafted upturned, dark green leaves of three, five, or even seven lobes. The stature of the plant and the beauty of its foliage would almost be reason alone to grow it. But from midsummer to frost, each branch is ornamented by five- to six-inch-wide, hibiscus-like flowers, of a beautiful primrose yellow with a deep burgundy stain at their throats. Like all members of Malvaceae, the hibiscus family, the fertile parts of the flower are worth looking at, made up here of bright yellow stamens crowned by a five-branched pistil of rich, plush red. Because of its height, one might suppose that A. manihot would look fine at the back of a border, and so it does. But its beauty of branch, leaf, and flower suggests that it might look even finer when pulled forward to the edge of a path or terrace, or planted anywhere as a single, solitary specimen. Though a separate genus entirely from true hibiscus, all members of Abelmoschus are "hibiscus-like," some more so than others. Anyone who first saw A. moschatus (mos-KA-tus) growing in a garden would assume it to be a dwarf hibiscus, a genus in which it was once included. Its flowers are five petaled, as are hibiscus, though they never overlap, but rather flare out from the center and fold down at their edges, nicely displaying prominent anthers and pistil, another signatureWinterrowd, Wayne is the author of 'Annuals & Tender Plants for North American Gardens', published 2004 under ISBN 9780679457367 and ISBN 0679457364.

4 from $0.51
Loading marketplace prices 4 copies from $0.51 How does the rental process work?
View more