Animation, Caricature, and Gag and Political Cartoons in the United States and Canada: An International Bibliography, Vol. 3 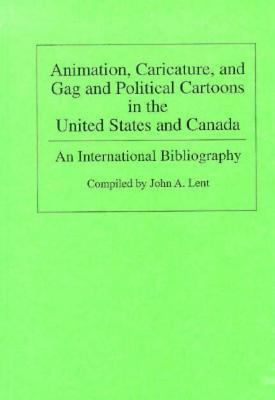 One of four volumes dealing with the world of comic art, this volume is a comprehensive, international bibliography dealing with animation, caricature, gag, illustrative, magazine, and political cartoons in the United States and Canada. Reflecting the substantial growth of comic art literature in recent years, it is representative of various types of publications, writing formats and styles, and languages from all over the world. The four volumes attempt for the first time to pull together the massive amount of comic art literature worldwide. Organized with meticulous detail, the work consists of numerous resources, including an annotated directory of 66 comic art-related periodicals; a section of comic art functions, activities, and relationships with various socio-cultural phenomena, such as education, eroticism, ethnicity, race, social consciousness, and violence; as well as historical and contemporary parts on animation, caricature, gag cartoons, and political cartoons. At least 224 animators, caricaturists, and cartoonists are singled out for special prominence. Business, legal, and technical aspects of each genre make up other categories. The book is enhanced by Maurice Horn's foreword, retracing the pioneer work he and others did in the field of comic art studies. To further help the user, the indices are systematically broken down by authors, cartoonists, characters and titles, periodicals, and subjects.Lent, John A. is the author of 'Animation, Caricature, and Gag and Political Cartoons in the United States and Canada: An International Bibliography, Vol. 3', published 1994 under ISBN 9780313286810 and ISBN 0313286817.