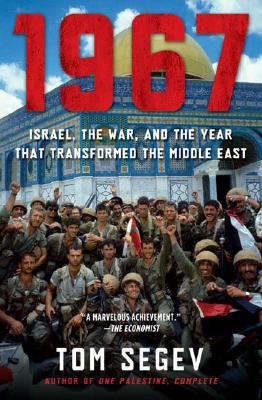 Introduction Heroes 1. Yehiam On June 5, 1966, in the evening hours, Yosef Weitz lit two candles in memory of his son, Yehiam, on the twentieth anniversary of his death. Weitz, who was seventy-six at the time, was the head forester for the Jewish National Fund (JNF), one of the Zionist movement's institutions, concerned with the acquisition of public land. He had lived in the land of Israel for close to sixty years, during which time the JNF had planted millions of trees. Weitz had come from Russia at the age of eighteen; he began his life in Palestine as an agricultural laborer and was promoted over the years until he became one of the directors of the JNF. He was also involved in planning new communities and was considered a founding father of the Israeli state. In his old age, he wrote children's stories. Sitting by the memorial candles, Weitz looked through old letters from his son; his Yehiam, he wrote in his diary, gazed down at him from a photograph on the wall, smiling sadly. Yehiam received his name in the midst of a flurry of war and hope. He was born in October 1918 in one of the first Zionist agricultural settlements, Yavnel, in the Lower Galilee. The army of the British general Edmund Allenby was in the final stages of occupying Turkish-ruled Palesti≠ his mounted soldiers reached the Yavnel area on the night of Yehiam's birth. Eight days later, on the day of Yehiam's circumcision and naming, Yosef Weitz first heard about the statement issued by the British foreign secretary, Lord Arthur James Balfour, proclaiming support for the Zionist movement's aspirations to build a "national home" in Palestine, a Jewish state. The Balfour Declaration had been issued some ten months earlier, but the Lower Galilee was still under Turkish rule at the time and had no contact with the British-occupied areas. Weitz and his neighbors were ecstatic when they learned of the declaration; as they gathered for the bris, a "vision of imminent salvation" beat in their hearts. "Their shining eyes and joyous exclamations voiced a blessingthat the Jewish people shall live in their land," wrote Weitz. When the mohel asked for the name of the newborn, one of the guests shouted out, "Yehiam! Yehiam!"a Hebrew construct meaning "Long live the nation." And that was how the boy got his name. It was "a token of the covenant the English had made with the Hebrew nation, that it would be resurrected in its own land," in Weitz's words. He could not have conceived of a more patriotic name; it had never been given before. Yehiam grew up in Jerusalem. His father was one of the founders of a comfortable, remote neighborhood in the western part of town, Beit Hakerem: stone houses with red tiled roofs were surrounded by the greenery of pine trees and cypresses. Daffodils and cyclamens blossomed in the gardens, and Yosef Weitz had a cherry tree. The residents of the neighborhood raised their children as loyal Zionists and pioneering leaders, in the spirit of European culture, in preparation for life in the long-awaited "national home." Yehiam studied at the Hebrew Gymnasium, as did most of the children of Jerusalem's founding elite. He was a good student, who once complained that his teachers were not adequately preparing their students to serve the homeland. He grew into a handsome, charismatic young man, and he joined Hashomer Hatzair, the socialist youth movement, to train himself for a working life on a kibbutz, as was customary among many young people. When the Arab revolt against the British and the Zionists erupted in 1936, Yehiam "joined the ranks," as his father wrotemeaningSegev, Tom is the author of '1967' with ISBN 9780805088120 and ISBN 0805088121.